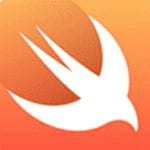 How long will it take for Swift to take over companies applications?On June 2, 2014, Apple presented the main novelties for 2014 at WWDC (Worldwide Developers Conference). Among them are the new Mac OS X Yosemite 10.10, iOS 8, Xcode 6 and Swift programming system, the new programming language.

What is new and what are the advantages and disadvantages of introducing Swift in application development in companies?

Swift draws inspiration from programming languages such as Python, Javascript and Node.js, which are most modern and colloquial languages that developers know today. They are easier to learn, but at the same time more robust, not breaking so frequently.

Apple invests on Swift to accelerate the application development process. By turning away from the limitations of Objective-C such as the propensity to errors and the difficult and time-consuming learning process, developers can develop functional and high-performance applications more quickly and easily, thus reducing the cost.

Moving away from the density of Objective-C, will enable consumers to notice a big difference in terms of speed of the application and graphic quality. Apple presents performance comparative graphs in its keynote. In these graphs, Swift’s performance exceeds that of Objective-C.

Swift brings added value of an Apple product, a brand recognized for not releasing unfinished products. As so, developers can count on a reliable product with excellent support from Apple’s technical team. If the Swift experience goes well, programmers should expect Apple software development to be changed from Objective-C to Swift.

Swift enables programmers to develop code and to observe the results in real time through the Playgrounds tool. With Swift it is possible to modify the algorithm being developed, observing the result immediately in the programming environment without the need to compile the code.

What should companies do?

At present, the Cocoa and Cocoa Touch frameworks are still written in Objective-C. Therefore, it will be required to write Objective-C code or at least mention it. Eventually, the majority of the code generated for applications will be in Swift. If this is true, then, in the near future, it will be necessary to make the transition to Swift.

Thus, the move to Swift is a corporate decision. However, nobody has the experience to develop applications in Swift. If the company is starting a new project, the hiring resources will still be learning. That won’t be a big problem because current iOS developers already know Cocoa and Cocoa Touch. Calling methods from these frameworks will has a difficulty level between easy and challenging.

Therefore making the change to Swift  from a corporate point of view is not too scary. The impact will be a slower initial development (in the first months) slower and after this adjustment period, the process will unfold at a normal pace. If all goes according to plan, developing software in Swift will become faster than developing software in Objective-C.

If you are starting a new project – and the schedule is not short (usually it is not) – beginning to change to Swift is a good investment. The development team will increase its knowledge which will be valuable in the long term. The introduction of Swift at this point is good for the team and for the project, because it is likely that the novelties in the frameworks are communicated by Swift code and also because the new APIs bring with them new features only available in Swift code. If the development team is in maintenance, or in the middle of a project the cost to make the transition from the base code to Swift will be higher and will not compensate.

There are two types of developers to be taken into account. Those who already know the Apple development culture and those who are initiating the learning process. For new developers, it is not advisable to begin learning only Swift.

It is necessary to notice that the Swift language may not go forward as the primary development language. We are in an early stage and still in beta. Secondly, learning Objective-C is an essential requirement to understand and learn the way Apple wants applications to be developed. Thirdly, there are millions of lines of code in Apple projects and in third-party libraries that were written in Objective-C/C with which developers have to interact during a long period of time to be able to develop applications before they are ported to Swift.

If the developer starts by only learning Swift the following occurs:

Current developers are advised to initiate contact with the new language, not to be outdated. Since we are in an industry where evolution is very fast we cannot afford to lose the pace. Therefore, learning should be initiated as soon as possible.